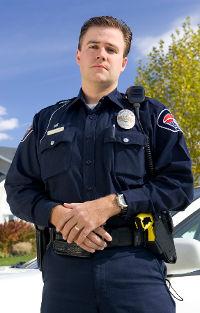 Research has shown that Law Enforcement Officers can either be perceived as competent, reliable, intelligent, and helpful when pictured in a police uniform, or civilians can, on the other hand, experience elicit emotions of resentment, hostility, domination, and violent behavior, simply by the color of the uniform a Police Officer is wearing.

The most noticeably identifiable feature of a Law enforcement Officer is there trademark uniform. The professional uniform of the police officer communicates strength and sureness. Research has suggested that clothing has a powerful impact on how people are perceived, and is especially true for Police Officers as well. “The Social Power of a Uniform,” by Leonard Bickman, describes an experiment designed to illustrate the power of professional dress. Pedestrians were approached at random and ordered by an assistant to step back from a bus stop or other tasks. The research assistant was alternately dressed in casual street clothes, a milkman uniform, or a police-style uniform bearing a badge but lacking weapons. Only the police-style uniform resulted in a high rate of cooperation from citizens. Obedience to the police-style uniform surprisingly continued even after the research assistant quickly walked away and did not watch to ensure compliance.

Over the years, experience has proven that merely an officer’s attire is extremely effective in initially establishing the officer’s authority, the mental impact of the Law Enforcement Uniform aids in bringing about compliance with the law and submission to the officers at the scene.

Law Enforcement Uniforms, with their numerous individual aspects are vital to the mission of any Police Officer in the line of duty. More than just visual recognition that demands respect. Police Uniforms are inherently distinctive functionally and objectively from other various uniforms. The necessary attention to specialized detail and routine maintenance of police gear/uniforms are vital to ensure proper operation of the gear and are not just matters of greater efficiency or higher profit. Quality and expertise when developing each apparatus of a uniform could be the difference between the life and death of the responding officer, his partner/other officers and potentially the general population. Today, the modern police uniform is mostly accepted in most agencies in the United States and is designed with many of these principles in mind. Combined with other interpersonal law enforcement implemented over the last two decades, streamlining and adjusting the standard law enforcement uniform has helped police, and all officers renew the older, harsher image of officers.