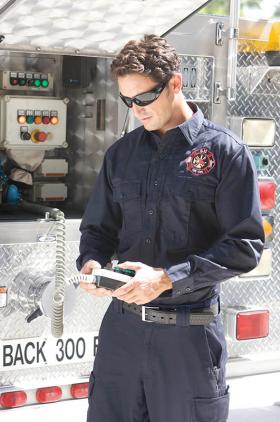 Today’s EMT / EMS uniform selections are very different than they used to be. More than just clothing, a uniform is another in an EMT / EMS’s many tools of the trade. Providing uniforms that are functional, durable, and comfortable is imperative when dealing with biohazards and possibly contaminated fluids. Providing that extra barrier and quality in an EMS / EMT uniform can literally be the difference between a healthy outcome and a possibly life threatening situation.

Emergency Medical Service (EMS) professionals and Emergency Medical Technicians (EMT) are health care providers trained to provide emergency medical care. In potentially life threatening situations, it is imperative that technicians put as much forethought into their safety before an emergency in order to improve response time and to ensure no safety measure is forgotten in a moment of crisis. In an emergency, timing is everything, EMS / EMT uniforms have made advances such as, adding blood born pathogen barriers, adding a great biohazard-resistant quality, double layering with fabrics and additives, such as Teflon Brand moisture resistance, and moisture wicking for amazingly faster drying performance.

Modern EMTs perform a wide variety of medical procedures and responds to many types of emergency calls. Therefore the Uniforms for these services are specialized to carry all emergency equipments. The newest generation in uniform design has features that help Paramedics, EMT, ambulance and other emergency medical professionals maintain their composure and performance in the stress of the moment.

Many quality names have added these types of upgrades to their EMT / EMS uniforms. These companies recognize the importance of keeping EMT’s protected. Just a couple of examples of newer technology in EMS uniforms include the Blauer Brand which offers a new 3XDRY, a unique and patented finish that provides durable water repellency on the outside of the garments and moisture wicking for dramatically faster drying performance. The Perfection Brand Matrix Series provides enhanced comfort, mobility, and extended wearlife with High Performance Stretch Poly/Combed Cotton Twill Blends, enhanced by H2Tech H2UltraDye and H2Flex from Swift Galey and there are many more choices, depending on the budget.

Made from heavy-duty tactical material that retains its composure under heavy stress and increasingly designed for versatility and comfort, new EMS / EMT uniforms are worth taking another look at. As much as EMT / EMS technicians have evolved to be more than merely ‘ambulance drivers’, the uniforms for EMS / EMT technicians have evolved more specifically as well. With features specific to the emergency profession, uniforms are becoming more than just clothes but an asset, protecting the EMS technician from potential work hazards as well as serving as a professional uniform. 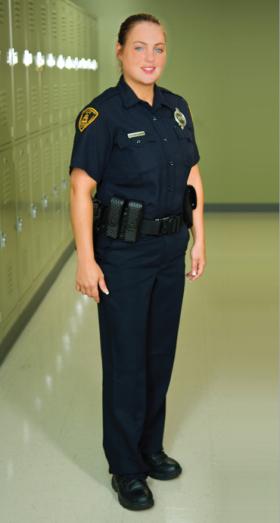 Law Enforcement has finally begun to fully embrace and recognize the contributions of women on the Police Force.  After many years of struggling to be accepted as equals, women are finally beginning to make strides in all areas of Law Enforcement. Most Police Departments are actively seeking to recruit women because of, not in spite of, their feminine gender.  Women have a great deal to contribute to police work. Part of incorporating women into a permanent role in Law Enforcement has meant that companies needed to update the iconic Police Uniform well known by citizens today.

END_OF_DOCUMENT_TOKEN_TO_BE_REPLACED

In the last article in this series we discussed that there are a variety of very different uniform types that modern EMTs use as their everyday uniform. From a more professional Class A look to more dressed down polo and t-shirt looks, there is definitely diversity when it comes to EMS Uniforms.  As we have researched a bit in the field, we have also found that some EMS professionals are not very happy with this lack of standardization in their uniform. On certain ems forums, discussion boards, and blogs, there is quite a lot of discussion about why they like and don’t like certain kinds of uniforms and some discussion on what kind of uniform might be a good standard for ems professionals.  We will help to explore some of these ideas here in this second part of the series.

END_OF_DOCUMENT_TOKEN_TO_BE_REPLACED

“Hero’s are not dead until they are forgotten. The Honor Guard never forgets!”

….I will perform in humble reverence to the best of my capacity. It is those who have paid the ultimate sacrifice that commands the respect I protect, and it is their bravery that made us so proud.

In general, Honor Guards are associated with the military, but local heroes are served by Honor Guards around the country as these brave civil servants put their lives on the line. Most Honor Guard members have attended formal training at Fire Colleges and/or are EMS trained guards. They also represent their factions as they march in the local community celebration parades, attended new station grand openings (ring in-service), and participated in award ceremonies, as well as various other social functions and duties.

Although they may represent different groups, EMT’s, Firefighters, and etc, all honor guards have the same mission; to strive to honor firefighters, and others who give their lives in service to others in life, as well as death, and to exhibit the best possible image to the entire community.  They accomplish this with the highest degree of professionalism, dedication, loyalty, honor and dignity possible.  Their purpose is to represent these local heroes by projecting a positive image, and performing as a well-trained team at events and formal occasions as appropriate.  In addition to funerals and memorial services, the honor guard may be called on to post colors, march in parades, attend new station grand openings, social functions, and assist the families of our fallen brothers and sisters during their time of need.

Usually, an Honor Guard is available to assist and/or work in conjunction with other honor guards for “Line of Duty” funerals and memorial services for all Fire, EMS and Police personnel as requested.  All members of any honor guard must learn Military Drill and Ceremonies and perform to satisfaction of the group before they may perform with the group and obtain his/her uniform that properly represents the group they are honoring.  Honor Guards perform at many various occasions and perform more functions than the most revered, to include Remembrance Ceremonies, but in addition they perform at EMS conferences and official conventions, flag dedication services, and various types of graduations.  Honor Guards function as important branches of our most heroic of civil servants such as Fire Fighters Honor Guard, EMS Honor Guard, Color Guard, Funeral Detail, Bearer Party, and Guard of the Vigil.  Their attendance and contributions to these special events are invaluable. They represent and honor the best of the best of human nature and each faction, although less formal than the military, deserves all the honors and remembrances bestowed on them by these special teams.

Honor Guards serve a very distinguished place in many organized occupations, honoring the fallen and representing groups in ceremonial functions. The uniform of particular honor guards may vary greatly depending on who they represent. There are basics to an honor guard uniform as well as individual specifications. The basic honor guard uniform consists of the service dress uniform coat with epaulets and slacks/trousers, service cap, cap device, a tie or an ascot, Honor Guard patch, shoulder cord, white pistol belt, formal white gloves, and a non-operating parade rifle with sling. Helmets or helmet liners may be used instead of caps; however, all members of an honor guard should be in the same style, if possible.

END_OF_DOCUMENT_TOKEN_TO_BE_REPLACED 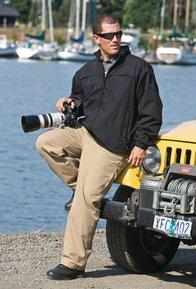 511 Tactical is one of the fastest growing companies in durable and professional looking uniform pants, shirts and accessories.  5.11, Inc. constructs top quality merchandise that increases the protection, precision, swiftness and overall operation of law enforcement, military, EMS/EMT and firefighting professionals and sells these products under the registered trademarks: 5.11 Tactical®. 5.11, Tactical Series®, and other marks.

END_OF_DOCUMENT_TOKEN_TO_BE_REPLACED

511 Tactical is the premier company providing the best Law Enforcement, EMS, and various others Uniform Pants and Tactical Gear. Their pants have crossed the boundary between functionality and comfort.  Made of tough, 8.5-oz. 100% cotton washed canvas that becomes increasingly more comfortable over time, the 5.11 Tactical Pants stand up to the rigors of daily work, play and travel. Known for superior comfort, functionality, and a relaxed fit, the pants feature a self-adjusting comfort waistband that helps you bend and stretch with ease. They are used at work and at play particularly because of their number of pockets and reinforced quality and durability. These pants serve more than just Law Enforcement; they are practical for many purposes and are some of the most well-reviewed pants online.

END_OF_DOCUMENT_TOKEN_TO_BE_REPLACED

The Color Guard, especially in Law Enforcement, carries on a long tradition of handling the ultimate signal of patriotism, the flag.  Color Guard presents the colors at special events such as, Fourth of July Parade, Swearing-In Ceremonies, and Funerals There are many traditions and rules of procedure to adhere to when “Posting the Colors,” or presenting the flag(s). The presentation demands respect at such formal events. The Flag Code, which formalizes and unifies the traditional ways in which we give respect to the flag, also contains specific instructions on how the flag is not to be used. The Color Guard observes all of the formal traditions around handling ‘the Colors’ especially handling the American Flag: END_OF_DOCUMENT_TOKEN_TO_BE_REPLACED

Police and Law Enforcement Honor Guards perform many duties and perform specific functions. The Honor Guard of any branch, Law Enforcement, Firefighters, Military, or EMT’s etc, are carefully selected and considered some of the best achievers in their field. Trained police and firefighters perform in military-style honors for those slain in the line of duty and those who have retired, as well as other ceremonial functions. The rules of the National Fraternal Order of Police, in their manual outlining the guidelines addressing the National Honor Guard Demonstration in Washington, D. C., notes that the Color Guard is a member of the Honor Guard, but they perform a specific duty. END_OF_DOCUMENT_TOKEN_TO_BE_REPLACED

Members of an Honor Guard take pride in their personal appearance and maintain attention to detail with their uniforms. The importance and reverence demanded in these circumstances requires that ones appearance and uniform be clean, professional, well-designed-from hat to shoes. A professional image begins with uniforms that are clean, crisp, consistent reflecting the respect felt for fallen serviceman.

In any circumstance, Law Enforcement and Uniformed Officers are required to look their best. It stands to reason then that the requirements for the Dress Uniform, including that of the honor guard, is held to an extraordinarily high standard. The Class A uniform is often comprised of many accessories, depending on the particular Honor Guard and must be meticulously cared for. END_OF_DOCUMENT_TOKEN_TO_BE_REPLACED